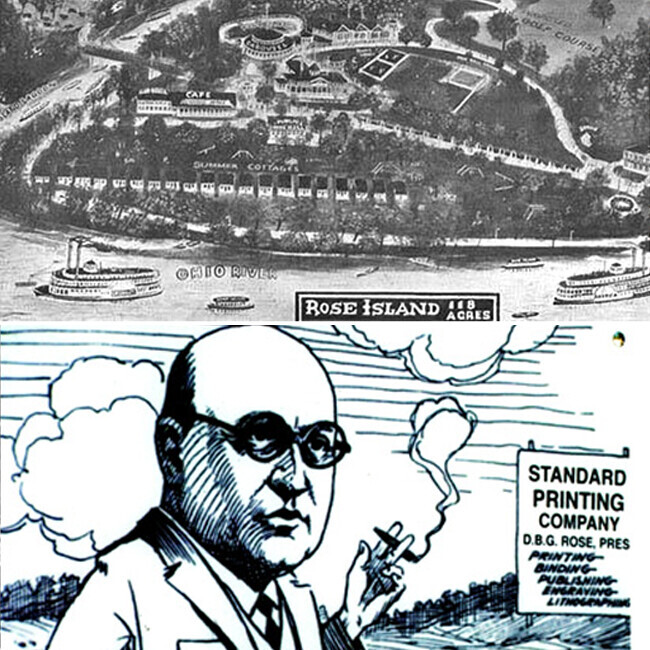 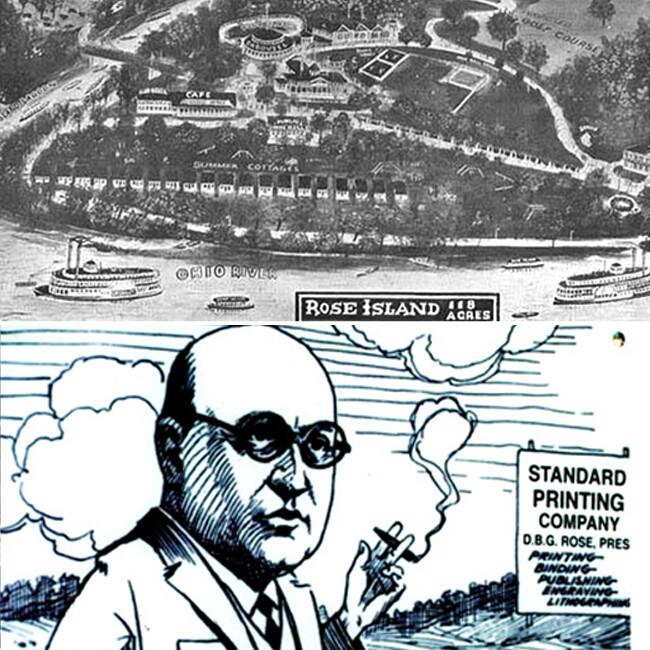 “The past is never dead. It’s not even past.” – William Faulkner

In 1923 David B. G. Rose, a prominent Louisville businessman and founder of the Standard Printing Co, purchased a 118 acre peninsula of land along the Ohio River. Known initially as Fern Grove, Rose changed the name to “Rose Island” and began building an amusement park replete with dance hall, shooting galleries, a mini-zoo, and what at the time was the country’s largest filtered fresh water swimming pool. Bathers, picnickers, and sightseers from all over the Midwest made it a point to visit Rose Island during the boom years of the late 1920s. Even as the country’s Great Depression set in, Rose Island was an easy, convenient and affordable getaway for Midwesterners. Crossing the footbridge over Fern Creek revelers would be greeted by a flower laden promenade, and hear the tinny sounds of a nickelodeon, or make their way up from the river on day cruises.

It wasn’t until 1937 when from January 13th to the 24th it rained an incredible 16 inches, causing a crest of 85 feet, a full 30 feet higher than flood stage. If you were to stand in the Rose Island dance hall on January 25th in 1937 you would have been looking up at forty feet of water. Needless to say, in the course of a week, the entirety of this riverside park was wiped out. Though foundations and some of the larger buildings survived, there was never to be another summer dancing under the electric lights. Eventually the land was purchased by the Indiana Army Ammunition Plant, then donated and incorporated into Charlestown State Park.

However, beyond some clean up and mitigation efforts, many of the Rose Island artefacts have remained intact. The large swimming pool, filled in with gravel years ago still contains its ghostly ladders. A restored promenade, pillars, and foundational stones still dot the wooded landscape. If you make the steep trek down to the river, you can stand within feet of the old dock and watch the water flow languidly by. It was this beautifully evocative, eerie and strange landscape which led us to create Rose Island Vodka. The original grain spirit is sourced from Central Indiana Ethanol (CIE) another great Indiana company which uses Indiana corn for its world class distillates. Those totes are then trucked to Cardinal Spirits in Bloomington, where the spirit receives an hour long proprietary filtering, and is then bottled by hand. From start to finish, the Rose Island vodka we sell touches only Indiana hands and creates Indiana jobs.

The bottles simple design, meant to compete in the premium vodka category with Tito’s, as it is also a Gluten-free multiple times distilled corn distillate, takes its font cues from the original Rose Island sign, still standing today. The bather on the bottle evokes the memory of bathers and the watermarked roses on the neck label help to pull the piece together. And thus a project meant for drinkers today helps revive a bit of history.